BSMA are please to announce that Blackheath Autosports Motoduro have affiliated for 2020 licences will be available early next week. 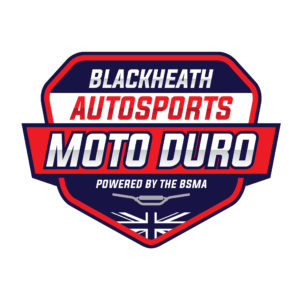 Looking for insurance look no further 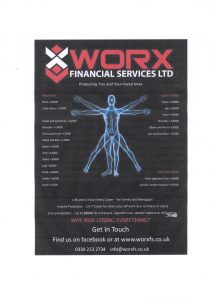 After two round of the Bridgestone Championship, with very close race leaders are as follows

ALL POINTS ARE NOW UPDATED ON THE WEB SITE

All Bridgestone standings are now uploaded on to the BSMA Website

MERRY CHRISTMAS AND HAPPY NEW YEAR FROM ALL AT BSMA

Mayhew on the mend! 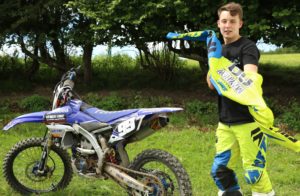 Life in the Bridgestone BSMA can be tough enough for an up-and-coming motocross rider in only his second season in the seniors.

Tougher still when you broke your wrist in the first round, not long after dislocating a shoulder the year before.

If trophies were given out for bravery and courage alone, then 16-year-old Josh Mayhew would already be walking away with all the silverware that Bridgestone could offer.

As it is, the Aberystwyth youngster is continuing to do his family proud by keeping pace with many of the leading lights in the seniors, despite such levels of adversity that might have stilted other boys’ progression.

Dad Grant, who is competing in the veterans’ class himself, couldn’t be prouder of his youngest son, who was getting lapped at the back of the field last season but is making a marked improvement in 2016.

He said: “He is doing really well and is enjoying himself. Josh is a dedicated lad and is as committed as they come. He lives for his motocross and hasn’t let his broken wrist get him down at all.”

Both father and son have noticed a big difference in standard since moving up to the Bridgestone BSMA – and Grant views this as a big factor in Josh’s development. 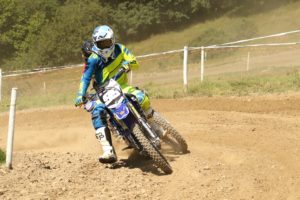 “Josh rides for Rhayader Motocross Club and we owe a lot to the grounding that he has had there. It has played a big part in his improvement.

“But the Bridgestone BSMA is another level completely from his club racing. The senior group is one of the most competitive classes out there. It is a first class field which Josh is learning a lot from.

“There has been a noticeable improvement from last year, not just in his placings but his all-round riding ability.

“Last season Josh would be getting lapped regularly but that hasn’t been the case in 2016.”

With more purpose and poise gained in every race – and an engineering apprenticeship secured with a well-known railway company – it is now a case of full steam ahead.

“He is definitely on the mend and improving all the time,” added Grant. “His broken wrist was a setback, but you would never know he ever suffered it from the way he is riding today.” 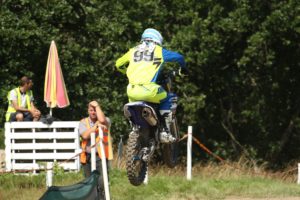 DUE TO UNFORSEEN CIRCUMSTANCES I AM UNABLE TO PRINT ANY BSMA LICENCES, IF YOU COULD PLEASE CARRY ON USING YOUR RECEIPT THAT WAS GIVEN TO YOU WHEN YOU TOOK OUT THE LICENCE.

ANY PROBLEMS PLEASE CALL ME